The average salary for a male worker in the UK Genomics sector is 26.8% higher than the average female salary. This gender pay gap is higher than that in the USA where males earn 19% more than females and in the average of all other countries in the survey where the gap is 12.7%

These gender pay gaps are one of the key findings from the Genomics Industry Workforce survey report published this week by Front Line Genomics and Paramount Recruitment. 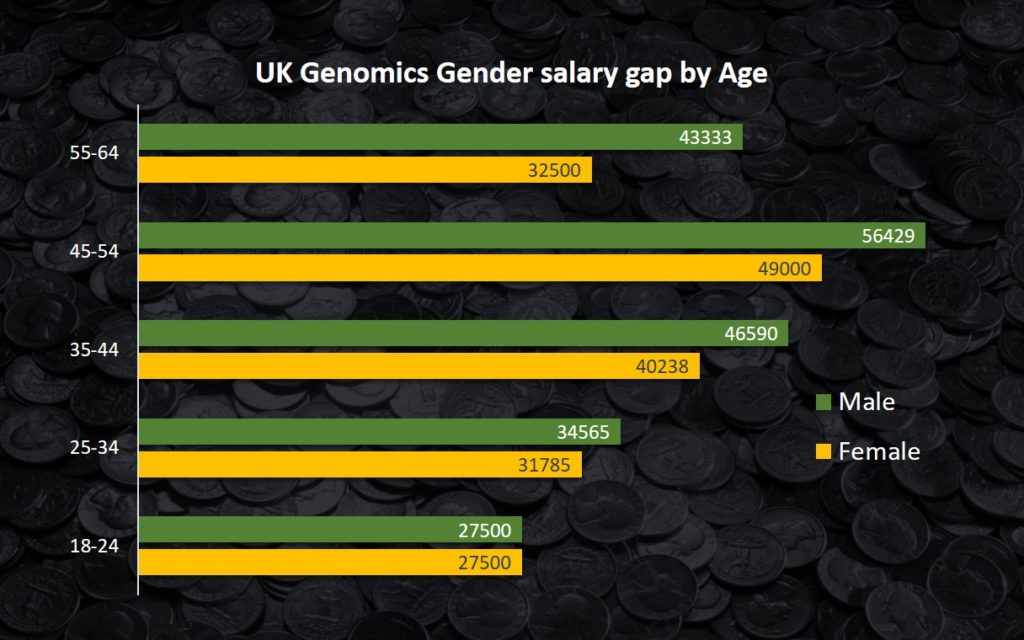 When we look at individual’s roles then we can see that the largest difference between male and female pay is for Directors (males earn 56% more than females) and for Managers (males earn 30% more).

We are encouraged that there is pay parity at the 18-24 age group and also that 63% of recent entrants (less than 2 years’ experience) are women. However, it is very disappointing to such a high gender pay disparity at managerial levels. We rarely encounter females in senior management positions and we encourage companies to encourage and develop more women into senior positions. High profile role models such as Dame Sally Davies (Chief Medical Officer for England) and Emma Walmsley (CEO for GSK) can play an important role in this development.”

The full report of the survey provides some fascinating details including the gender pay gap in the UK and USA, average salaries earnt within each function/role and the average pay rise anticipated this year.